If I ever have a kid, then as soon as her frontal cortex shows the first signs of development and her tiny hands can fit around a PlayStation Controller, she is going to play The Witness. This beautiful puzzle game will do much more than keep Emily amused for a few hundred hours while I work on the next installment of the Steve Steveington Chronicles. It will teach her how to cope with difficult problems that don’t seem to have any solution. It will teach her that she is going to make a lot of mistakes in her life. And it will prove that, even though none of these mistakes will feel good, they are what will reveal the world to her. I assume that such problem solving skills will still be highly valued by Goldman Sachs, and that Goldman Sachs will still exist and pay obscenely well. If not then Emily can damn well play God of War like a normal kid and learn some dexterity and ruthlessness instead. 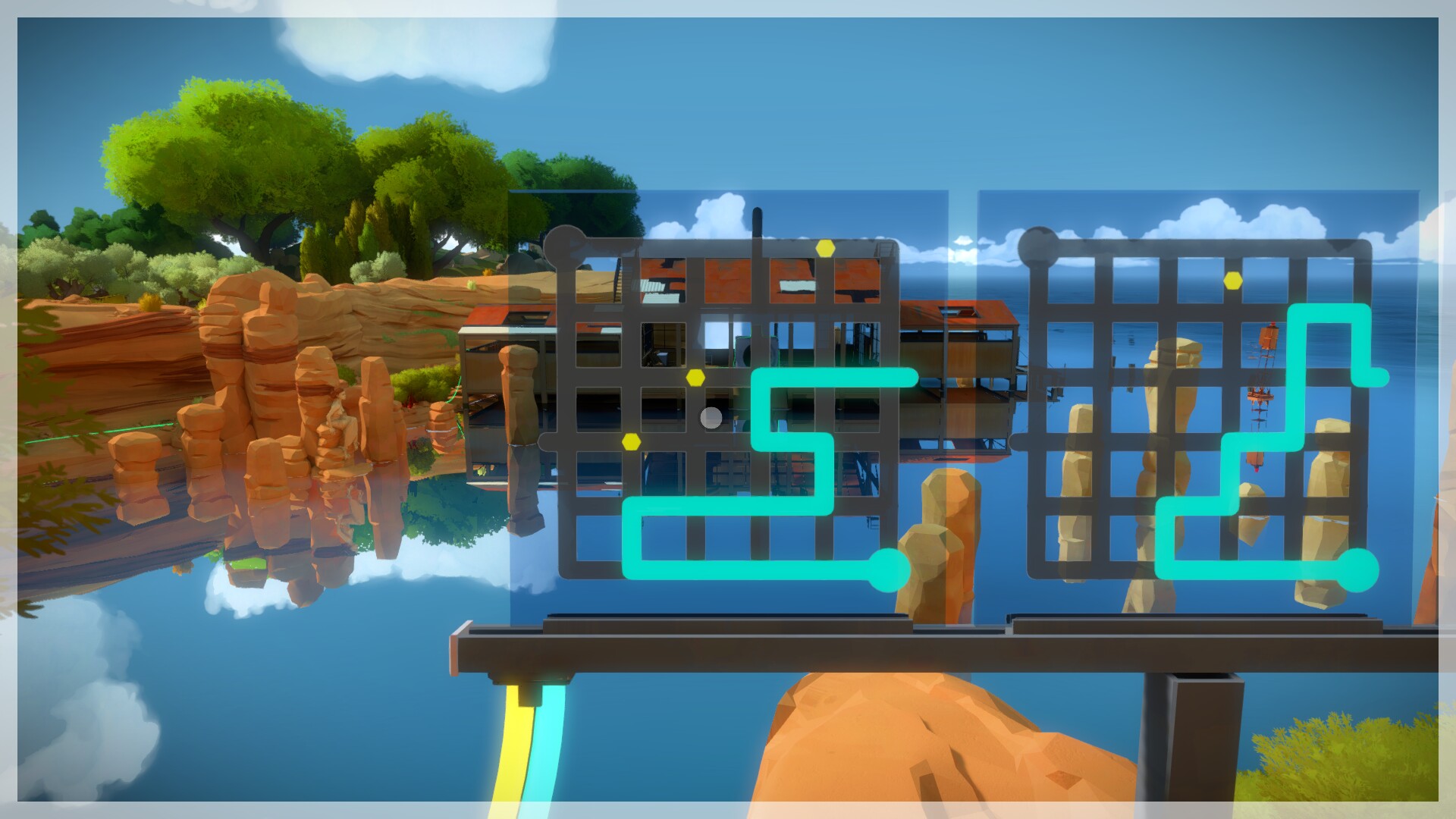 The only thing that the Witness explicitly explains to you is that you start and finish puzzles by pressing X. It doesn’t tell you how to solve these puzzles. It doesn’t tell you what those little triangles are for, what it means when a shape is tilted, what the difference between a star and a square is. It also doesn’t tell you why you are on an island in the first place, why everyone else on the island has been turned to stone, why there are so many convoluted puzzles lying around, or why you should bother solving them other than as a way to pass the time until you die of starvation.

The Witness brings you to epiphanies through experience, trial, and error. It gives you a nice, pleasing light when you get a puzzle right, and a harsh, saddening buzzer when you get one wrong. It’s up to you to use this information to work out how the system works, because the rules aren’t written down anywhere. As Emily will discover, The Witness is really a lot like high school.

The Witness will teach Emily that you learn the most when you get things wrong. I would frequently believe that I had a new rule figured out, dash off an answer to an easy-looking puzzle, only to be informed that I was not as smart as I thought I was. I would then go back to previous puzzles that I had gotten right, and learn more about them by trying to get them wrong.

The Witness will show Emily the power of just trying things out, even when you are unsure and your understanding is incomplete. The punchlines of some puzzles only become apparent once you are halfway through trying to solve them. Wandering speculatively through a maze reveals new ideas. I began the game thinking that embarking upon a partial solution before you fully knew where you were going was a sign of a sloppy mind. The Witness’s difficulty curve quickly forced me to abandon this made-up philosophy in favor of just trying things out.

If you’re truly stuck on any problem in life, you should put it to one side and come back to it later. Very few people ever actually do this, of course. But Emily will. In The Witness, the only way to make progress and stay sane is to put aside a puzzle once you’ve spent half an hour swearing at it, and instead wander off into the forest to find a different one. Something about pondering a new challenge or cooking a lasagne might give your brain the jolt it needed. Or you might come back tomorrow, to what had seemed like a fiendish, unsolvable piece of crap, and immediately see that all you needed to do was go up, left, down, left, left, up, X. Sticking for too long with a puzzle that’s not meshing with your mind state is the easiest way to waste time in the Witness.

Emily will know that the second easiest way to waste time in the Witness is to fail to reevaluate your assumptions. Maybe you haven’t truly understood all the rules for a puzzle. Maybe the solution doesn’t have to start with up, up, right, down. In order to be a successful Witness you must learn to take a step back, tilt your head to one side, and see if anything changes when you look at the world from this angle. If you aren’t self-aware enough to reevaluate your assumptions, you can still use the previous lesson that Emily learned and take a break. Hopefully by the time you come back you’ll have forgotten what those assumptions were and can start afresh.

Emily will understand that if you still can’t snap out of your restricted way of viewing the world, then it’s OK to ask for help. Playing The Witness with a tab open on GameFAQs would be the height of missing the point. But there’s no shame in looking up the occasional solution to the occasional puzzle if you’ve spent hours staring at it from every possible direction and were supposed to be at work two eons ago. 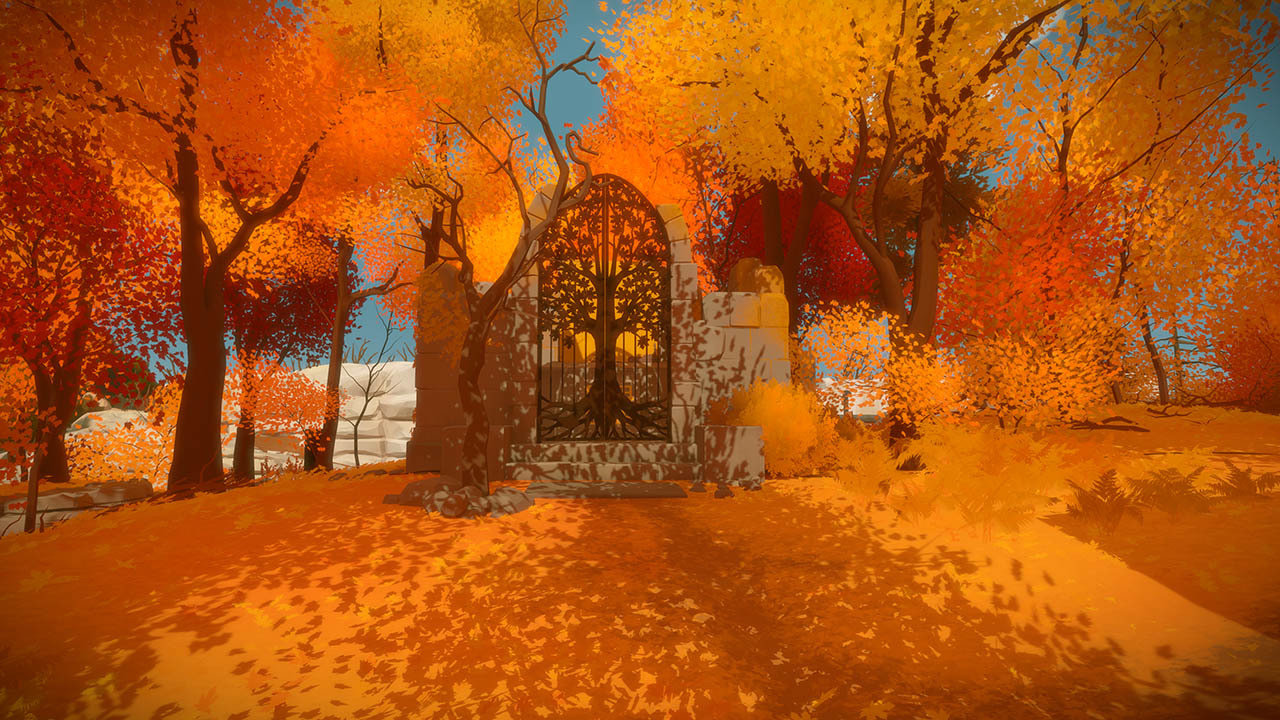 A cynic or a social scientist might point out that what The Witness will really teach Emily is puzzle solving, and that this is a very different varmint from problem solving. Problems are messy and have inelegant solutions. They may not even have any solutions at all. Puzzles, by contrast (at least those in The Witness), have solutions that are as chiseled and graceful as all get out.

Everything in The Witness is and happens for a reason. This allows Jonathan Blow, The Witness’s creator, to build puzzles of a subtlety that would never work in our less sculptured world, with its unterminating stacks of whys. Why did mommy leave us? Why was she mad at you? Why did you sleep with your boss? If mommy left us in the world of The Witness, which she couldn’t because she’s been turned to stone, it would be because if you followed her and stood at the exact point on the bridge from which she jumped, the outline of the cityscape across the water would give you the shape that you needed to unlock the next laser.

The Witness’s why-stacks usually terminate after 2-4 levels, at which point they invariably open a new door. Why are those bird songs coming out of speakers instead of out of birds? Why is that specific switch visible through that specific window? Why are there two ways to solve that one puzzle? Why won’t that gate open? A Chesterton’s Fence is an object or law that you shouldn’t remove until you understand why it was put there in the first place. A Blow’s Ledge is a ledge that seems pointless, but you know that you should still go and walk around on it and stare at the shapes of the shadows and the cracks in its floor. You know that you should do this until you understand why it was put there, because you’ll probably find something awesome if you do.

Emily, if you ever exist and if you ever read this, come and ask me for the password to my PlayStation Network account. Then ask me for a note to excuse you from school for a few weeks. Honestly, I don’t know if The Witness will actually help get you that job at Goldman Sachs that you’ve always dreamed of. But it will teach you that you can love something because it’s beautiful, hate it because it’s needlessly pretentious, and be OK with conflicted feelings that you can’t resolve.