Below is an extract from my application to be Chair of the US Federal Reserve. Unfortunately I got neither the job nor a response.

Several PhD economists have since told me that the central claim of my application was entirely wrong. I have nonetheless elected to publish my work because it’s still kind of thought-provoking and contains some good gags.

2.8.3.5c Long-term consequences of my work on monetary policy (continued)

…needless to say, France never fucked with me again.

3.1 The Robot Reserve Army of Labor

Wyatt used to sell tickets at New York’s Grand Central train station. As he tells it, he was very good at his job. “I really got to know my regular customers,” he says. “I could always tell when someone was having a good day, and when they were miserable and needed cheering up. I took pride in helping people get to where they needed to be, both physically and spiritually.” 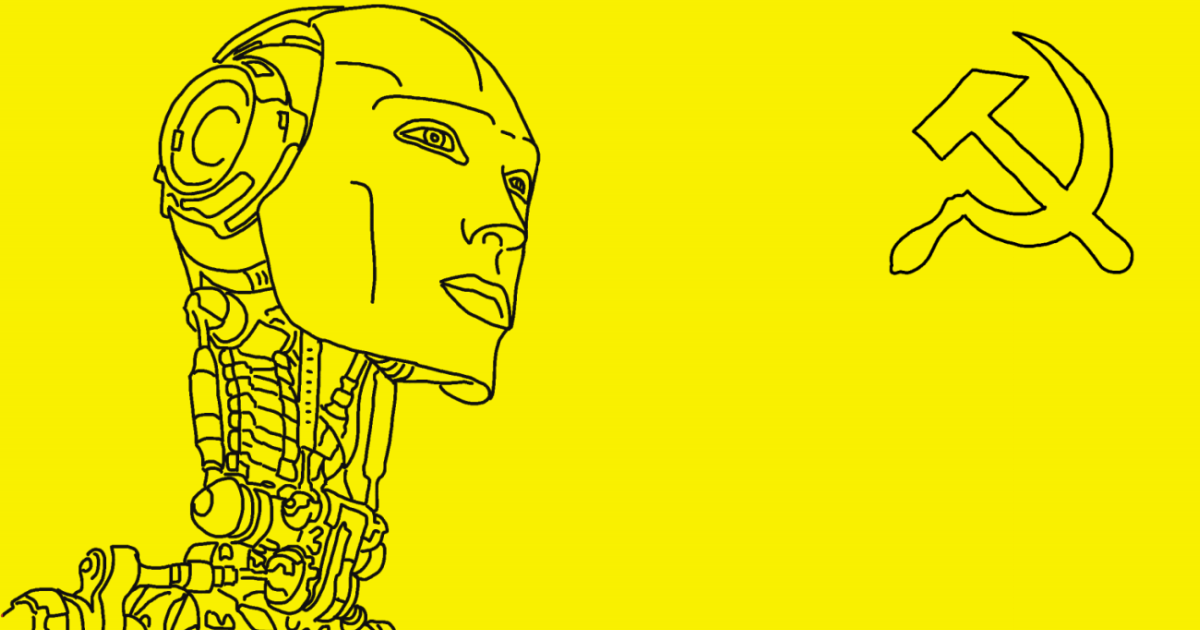 Despite - or perhaps because of - his attentiveness, Wyatt lost his job to an automated ticket machine. This was 10 years ago. He has not worked since. “I want to work,” he says, “but nobody needs me. I feel useless.”

Of course, Wyatt is not useless. In addition to the inherent dignity and worth possessed by all people, regardless of their employment status, he has been doing an outstanding job as a sergeant in Marx’s Reserve Army of Labor. The pay is meagre and the advancement prospects are non-existent, but his work is vital to the smooth functioning of the economy.

The job of Wyatt and his colleagues in the Reserve Army of Labor is to keep workers’ pay demands and therefore inflation in check. We all want high wages and broad prosperity for an expanding middle class. But wage increases that are not accompanied by an increase in productivity will tend to cause inflation. If there is more money chasing the same amount of goods, prices will rise in rough proportion to wages, offsetting workers’ gains. What’s more, if inflation gets too high, the resulting market distortions may cause severe confusion and harm to the economy. Nonetheless, it is still individually rational for workers to demand wages that are as high as they think they can get away with. The unpaid job of Wyatt and the rest of his unemployed army is to keep these workers in check by threatening, implicitly or explicitly, to undercut them.

It is of course appalling that Wyatt and millions of others are sacrificed on the altar of economic stability. We can talk about retraining and migration all we want, but this doesn’t change the fact that even the strongest economy will self-destruct unless it is paid a permanent tribute of several percent of its workforce. When economists talk about “full employment”, they don’t mean that everyone has a job. They mean that as many people have jobs as is safe without angering the economy. What happens to the other 3-5% is left as an exercise for the reader.

The Fed uses monetary policy to keep the reserve army well-staffed. When the unemployment rate gets too low and inflation starts to creep up, the Fed typically raises interest rates in order to choke off the boom. Raising rates decreases borrowing and investment to safe levels, but at the cost of increasing unemployment. This policy would be inhumane if it weren’t the only one available.

The Fed should build a fleet of extremely powerful and versatile robots. It should come up with target, non-inflationary wages for a wide range of jobs, and offer its adaptable robots’ services at a dollar or two above these levels. If human workers keep their wage demands close to the Fed’s safe and non-inflationary targets, companies will hire them. But if the humans’ requests rise too high, companies will turn to the Fed’s robots instead. The economy will still have the rates of unemployment necessary to make workers feel jumpy and to keep inflation under control. The only difference is that all of the unemployed will be robots.

Once the Fed has rolled out its robot army, it can safely and permanently reduce interest rates in order to stimulate enough investment to create a job for every previously unemployed human. If the Fed can balance everything perfectly, none of its robots will ever need to actually do any work. They’ll simply sit in a warehouse, lurking, menacing, and being active on Twitter so that people don’t forget that they’re there. It may sound ridiculous to have millions of super-intelligent robots sitting in a warehouse, not working. But it’s no more ridiculous than having millions of super-intelligent humans sitting in their homes, not working either.

A recent paper by Lukas Schlogl and Andy Sumner from the Centre for Global Development (CGD) argues that a version of this effect can already be observed in private markets. They note that some jobs, like ticket clerks, are very easy to automate. Others, like dentists, are very difficult. Humans in easy-to-automate jobs have already been replaced by robots, whilst those in the difficult-to-automate ones feel safe, for now.

But there is also a third class of job - those that are within reach of automation, given a bit more money and research, but for now are being left alone. Workers in these jobs are still getting their paychecks, but they can feel robots releasing waste gases down their necks. They are keenly aware that if they get too aggressive with their wage demands then they may yet find themselves turning into machines. Schlogl and Sumner suggest that this fear may be responsible for the prolonged stagnation of wages in recent decades, even as unemployment has remained low.

This is powerful evidence of the soft power that robots can exert on the economy, and strongly supports my claim that the Fed should adopt robots as a central tool of monetary policy. There is plenty of precedent for tweaking the mechanisms through which monetary policy is conducted. Before 2008, the Fed typically stuck to Federal Funds interest rate as its main policy tool. Once interest rates hit zero in 2008, the Fed was forced to turn to new-fangled gadgets like Quantitative Easing and Interest on Excess Reserves. Unconventional times call for unconventional monetary policy. Completely unhinged times call for putting robots in warehouses.

On hearing of this plan, Wyatt is enthusiastic. “I’ve never thought of being unemployed as a job. This is one job I wouldn’t mind losing to a robot.”