I was onto a scandal, but not the one I thought.

A few months ago I exposed the way in which Wacom graphics tablets track every application that you open on your computer. I asked my readers to send me tipoffs about other potential privacy abuses. Last week I received an email suggesting that I take a look at the Terms and Conditions of House Party, a “video social network” that has recently surged in popularity because the outside world contains nothing but disease and despair. I perused the company’s policies and found a lot of queasy-making data collection, but none of it was any worse than what one should expect from a consumer application that doesn’t charge you anything. 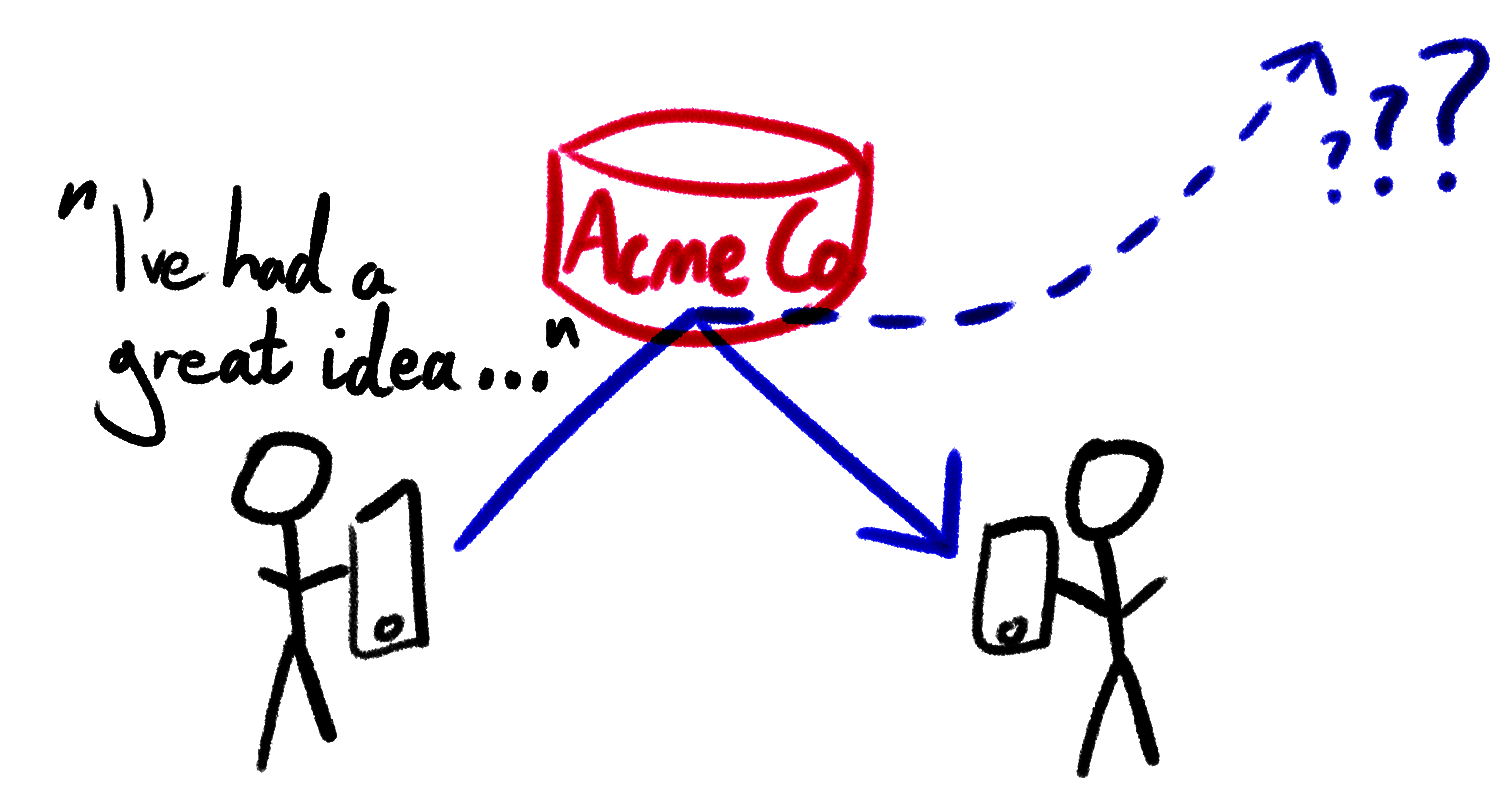 However, one paragraph did catch my eye:

Information Submitted Via Services. You agree that Life on Air [the company behind House Party] is free to use the content of any communications ubmitted [sic] by you via the Services, including any ideas, inventions, concepts, techniques, or know-how disclosed therein, for any purpose including developing, manufacturing, and/or marketing goods or Services.

Wowee, thought I. Does this mean that House Party gets to scan your conversations and steal your ideas? I fired off an innocent email to House Party asking for clarification. Unsurprisingly I never received a reply, but I decided that I didn’t need one since the language was already self-explanatory. I settled down to write a sharp-keyed exposé.

I may be a thoroughly amateur journalist, but I’m also a principled one whenever it’s convenient and doesn’t dull the hatchet too much. I decided that I should do some cursory research into how many other companies claim the same rights to your intellectual property as House Party. “Everyone else is doing it” is not an excuse, but it is a mitigating factor.

I Googled for the phrase “free to use the content of any communications submitted by you via the Services”. Maybe House Party had borrowed their language from a competitor. Maybe I’d discover the fate of the missing s in “ubmitted”. I expected one or two search results at most.

That’s 30 Google pages of companies asserting the right to use any and all content that flows through their services, for any purpose, regardless of where it came from or who it was intended for. These companies range from CrossVerify, a provider of anti-money laundering data, to Lunalife, a moon-based motivation app. And these are just the organizations who assert these rights using the same Terms and Conditions template that they copy-pasted from the same discount lawyer. It seems reasonable to assume that there are hundreds more declaring the same privileges using slightly different words.

I wasn’t sure if this was better or worse than House Party being the sole perpetrator of this nonsense. On the face of it, hundreds of companies claiming a license to any idea that strays within two hundred yards of their headquarters is much worse than a single company doing so. However, dusting off my rarely-used benevolent hat, the fact that so many of them are doing it implies that the language is legal boilerplate, and that no individual company has any immediate intention of actually invoking the clause. None of these companies’ primary business plan is “steal people’s ideas”, although they do all reserve the right to pivot if being a digital assistant for elder care doesn’t work out.

Keeping my benevolent hat on despite gale force winds, I assume that the clause is included as a defensive measure. Perhaps companies want to make absolutely certain that they are in the legal clear if someone sends them some helpful advice that they decide to take. Indeed, House Party have recently changed the wording in their Ts+Cs to instead say “You acknowledge and agree that any feedback, comments, or suggestions you may provide regarding Life On Air, or the Services is entirely voluntary and we will be free to use such feedback, comments or suggestions as we see fit and without any obligation to you.” I wonder if there are any other reasons why other companies include the original, more aggressive wording in their Ts+Cs, and I wonder whether this wording would stand up in any kind of contested legal battle. I suppose that, in a way, I also hope that we never need to find out.