For the first quarter of 2019 I worked as an intern at a charity called GiveWell. GiveWell’s mission is to “search for the charities that save or improve lives the most per dollar”. A key part of their methodology for doing this is their “moral weights”. These are the relative moral values that one assigns to the different good things that one could affect with one’s dollars, such as saving the life of a newborn, saving the life of a five-year old, saving the life of an adult, or doubling one person’s consumption for one year. Moral weights are a grisly notion at times, but what else are you going to do? 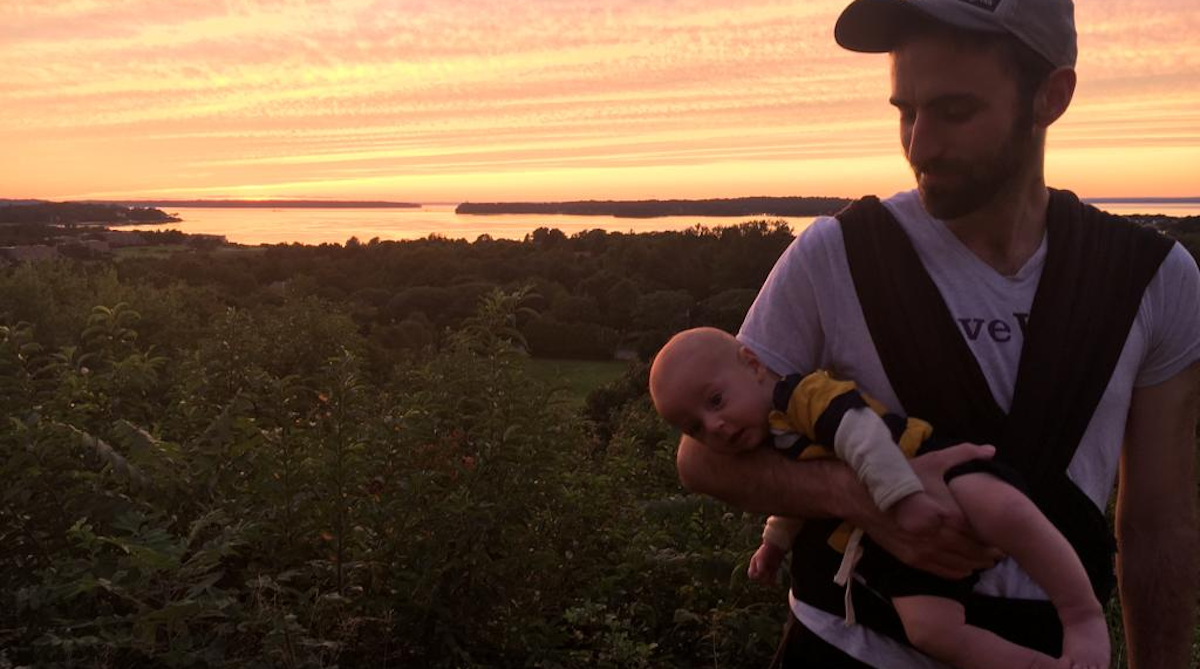 (I’m no longer employed by GiveWell, I don’t speak for GiveWell, etc)

The current aggregate GiveWell view is that it is roughly twice as morally valuable to save the life of a person who is over 5 years old than a person who is under 5 (you can read more about why on their blog). When Oscar was born, some of my former colleagues asked me how his birth had affected my own moral weights. In the abstract it’s easy to reason that young children have a less developed interest in their continued existence than have older children and adults. But maybe getting a child of your own causes you to more highly value even the most dazed and confused infant, or maybe it confirms your intuition that attachment to life really does develop over time.

I’m not sure about my moral weights, but I do know that daddy’s special boy is a priceless little treasure yes he is.

So in answer to your question, no he doesn’t sleep through the night, but he also doesn’t scream and keep everyone awake either. Maybe he would sleep more if we tried to sleep-train him and left him to his own sad devices for a few nights, but some studies suggest that a child’s cortisol levels stay high when they wake up in the middle of the night, even after they have become sleep trained and stopped bawling. That doesn’t sound good, but on the other hand it is still only a handful of studies, none of which follow up with their subject babies for very long after the initial experiment. We’re not about to run a meta-analysis so I guess we’ll stick with the things that we’ve been doing so far.

In the morning I usually wake up before Oscar and Gaby and spend a few minutes watching my favorite videos of him before getting up to make the coffee and oatmeal.

During the day Oscar is a good napper with an asterisk. He rarely falls asleep in his stroller or on his own or in the car. But he will often drowse out after feeding, and is one-hundred percent guaranteed to be comatose within three minutes if we put him in a baby wrap, play some white noise, and bounce up and down on a yoga ball. Gaby and I both work remotely and can happily type and click with a sleeping baby attached to our body. Not a single eyebrow is raised if we take video calls with Oscar strapped to our front, and I don’t believe that our gentle bouncing up and down reduces the perceived validity of our arguments about network security.

We’re probably going to work remotely forever. As long as we have a nanny helping us out in our own home, wrapping and bouncing is never going to be a logistical problem. However, it’s not clear to me how much baby sleep advice is for the benefit of the parents and how much is for the benefit of the baby. Thanks to our remote work setup it’s almost zero marginal cost for me to take him for naps, and Gaby insists that she doesn’t mind taking him at nights although I don’t fully believe her. What about Oscar though? If he sleeps deeply with a lot of help, is that better for him than sleeping three-quarters as deeply on his own? I also can’t help but note that he is packing on the pounds and suspect that our backs can only take so much.

I’m sure he’ll be fine but what’s the counterfactual?

There are some things that you can’t understand until you’ve had a child of your own. Unfortunately I think that these things are different for everyone, so I can’t collect them in a book with an inspirational title and make millions. For my part I’m already much more sympathetic to other parents having trouble with their children, even though we’re probably still a good year away from our first episode of funeral-faeces-flinging. I’d suggest that unless you see a child physically murdering someone in front of their parents without having their TV rights removed, then you should likely reserve judgement until the police report is made public.

I used to think that parents who took thousands of photos of their children were narcissistic and insufficiently present in the here and now. Now I think that I’m an idiot. Opinions change, and I’ve learned how to control the narrative. If a baby does something spontaneously cute then he probably won’t repeat it for the camera, and even if he does it won’t be as good the second time. If you want the optimumly curated baby photo collection then you’ll have to follow him with your camera at all times, narcissism and moment-presentness be damned.

To make your baby look like a genius, take the random flailings that she already knows how to do and put things in the way. Your baby already waves her arms around like socks in the wind; put her in front of a piano at the right angle and suddenly she’s showing a real flair for music. You’ll want to cut videos like this when your baby stops being cute and starts being grumpy, and you should edit out the last two seconds when she starts pre-grizzling in order to maintain the illusion that the video is but a one minute glimpse into an entire afternoon of focussed keyboard playing.

I don’t like baby toys that claim to be educational. If I buy a toy then I want to believe that it will deliver on whatever it is that I’m being sold. I’m not sure I believe that even the most beautifully carved wooden bear will really teach Oscar tactile appreciation and develop his neofrontal cortex. But I do believe that it will successfully be made out of wood and that wood is nice, so please just market it to me on that basis.

I also don’t like books that make overly-specific and -forceful recommendations. For example, I’m currently reading a popular book about reading aloud to your children. The author really got my back up when he said that it was important to read out the name of the author before starting a book, in order to teach your child that the book was written by another person. I see nothing wrong or illegal with reading out the name of a book’s author, but I do think that doing so is completely optional and that the author of my book just wants to think that authors are important. When reading books to Oscar I therefore now make a point of never reading out the author’s name. I appreciate that this does not bode well for his chances of being an easy-going, non-obstinate child.

My book also contains many anecdotes about very specific and labor-intensive approaches to reading taken by other parents. Many of these end with “and little Sarah eventually went to Harvard and got a very good job in marketing. I’m not saying that her parents reading aloud to her for two hours every day for eighteen years was responsible for this but-“ Yes you are saying that! Otherwise the information about what happened to Sarah would be entirely pointless! I don’t care what happened to her, she’s just an anecdote! I’m just going to decide whether or not to copy her anecdote based on whether it sounds like a plausible idea that isn’t too much work! It would be completely fine if Sarah became a serial puppy murderer with a degree from a below-average college! I wouldn’t blame this on the way her parents read to her!

Now that I write the book’s sins down I suppose that they aren’t actually that bad. The book’s central message is that reading aloud to children is good and you should do it, which I can still get behind.

In my previous post I suggested that in the future Oscar might be a more attractive mate because he has dual-citizenship. I was reminded by several people that dual-citizenship isn’t all fun and games and hookups, especially when one side of the dual is the USA. America demands that all her citizens file tax returns and reports on their bank accounts, even if they live abroad. Which is incredibly tedious for expats but a pretty great wheeze if you can get away with it because you’re America.

Gaby and I have nicknamed Oscar “Potato”. We call him Oscar when he can hear and Potato at all other times. We’re aware that we will have to retire this nom de bébé soon. We have sworn never to reveal it to anyone, but I’ve secured an opt-out clause for this blog post and any movies or other media tie-ins based on it.

It was November 2018 in San Francisco. At Paradise and Camp Creek Road, two hundred miles to the north-north-east, wildfires raged. Gaby was three months pregnant and quarantined in her bedroom with a HEPA-grade air filter. The consensus on the internet was that the filter’s air quality indicator was inaccurate and untrustworthy, which was just as well because it was also a deep and consistent red. Studies indicated that exposure to fine particulate matter, such as that thrown off in its tonnes by wildfires, could be very harmful to fetuses. If I recall correctly, these studies also showed that it was particularly harmful during the first trimester.

We hesitated and mentally missed our opportunity to skip town unscathed until the rains came. We found a list of the species of plants that most improved the surrounding air quality. I put on an N95 mask and walked to our local plantery to purchase a few. Gaby was very grateful to these plants. When we left San Francisco she wanted to sneak back to the plantery in the dead of night and leave them outside, in the hope that the planterers would take the plants back in and re-sell them on to a good home. I said that I didn’t think that was how planteries worked. Gaby pointed out that plantery isn’t a real word, and we left the plants on the street for a rando to take and do with what they pleased.

I taped pieces of paper over our vents to stop air getting in, which I think was the right thing to do. We refreshed purpleair.com as though it were nytimes.com on November 8th 2016. We Googled a lot of things and felt much worse for having done so. Gaby and our fetus barely left her 10ft x 15ft room for two weeks. With hindsight we really should have skipped town.

6 months later we had forgotten about the wildfires. Pacific Gas and Electric had accepted responsibility for causing them and had gone bankrupt. Potato was born. 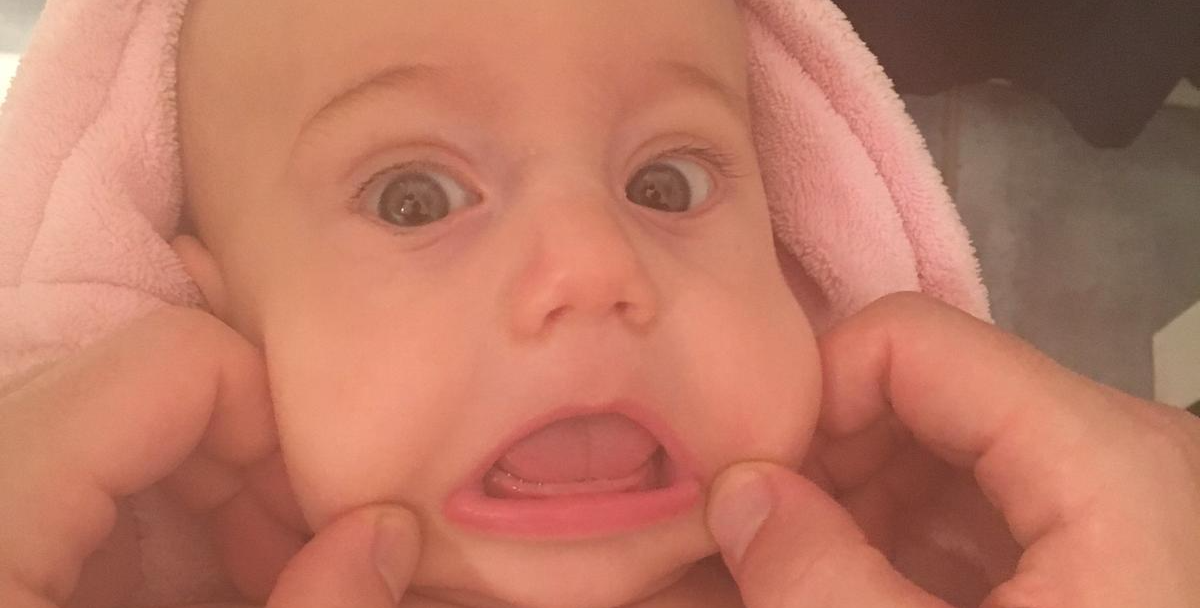