This is part 16 of a series about my experiences being a parent. Read the rest here.

I always assumed that I’d teach my kids about the things that I love, and that I’d start early. Gaby thought the same, and recently we’ve been putting more effort into guiding and challenging Oscar. At first this felt awkward and embarrassing. We worried that trying to teach maths and chess to a three year old might be a waste of time or harmful, or that other people might think we were ridiculous. But we’ve since decided that it’s probably worthwhile and nontoxic, and that no one else cares what we do. 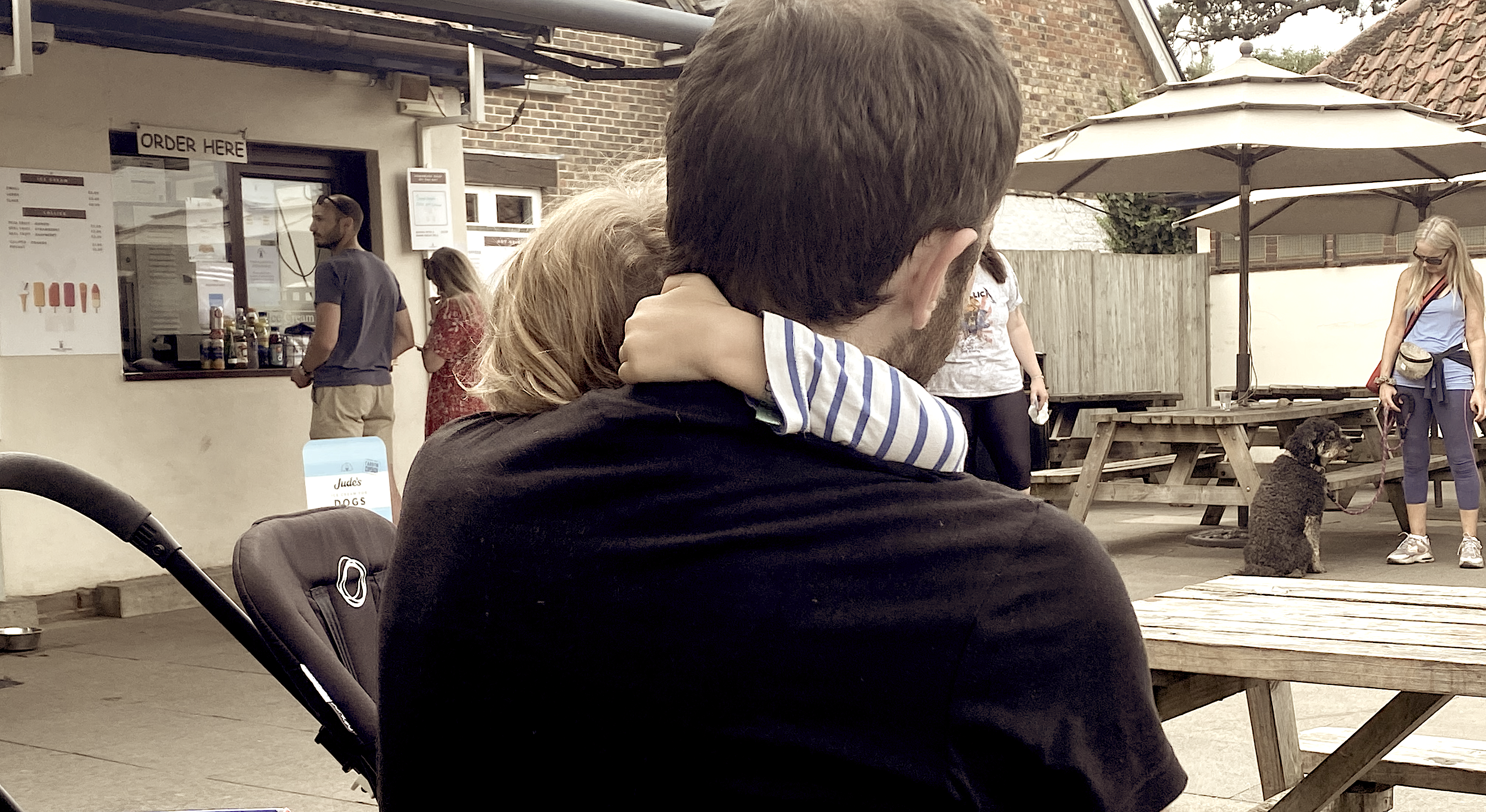 We’re starting by showing him the things that we love ourselves because those are the things that we know, but I hope that we’ll be open-minded enough to embrace anything that Oscar falls for on his own, even if we don’t understand it. Loving anything can be a tremendous source of happiness. But it can be difficult. How do you love something? How do we help Oscar to do it? Gaby’s been having trouble sleeping, and she emailed me at 3am:

“When I was at music school my teacher told me ‘loving something means loving the details.’ It took me years before I finally understood what he meant, and recently I’ve been thinking about it a lot. Sometimes it just happens and you become obsessed with the details of something on your own. But usually you don’t see what the details are; or you see them, but you don’t see how you could ever love them. I still don’t know if I ever really loved music, but the closest I got was in grad school when I finally learned how to practise and pay attention. I want to show Oscar the details of everything I can and how to love them, so that maybe one day he’ll continue exploring them on his own. I want to find out what he’s interested in and what he’s ready for and show him details that he will care about. I’m not sure I do this well, but that’s my goal.”

We’d like to try to help Oscar to love details, delicately but actively, to the extent that we can. This is the big idea, but for now the day to day manifestation is more mundane, starting with the rudiments underneath possible future interests. Counting, adding, reading, mindset.

Even though Oscar’s only three, I think this is unlikely to all be a waste of time. I’m confident that he’s learning something, and even if he isn’t, if we aren’t taking anything away from him then we’re allowed to gamble with our own energy. I don’t mind taking prudent personal risks and being on the wrong side of them. In any deliberation like this the most intellectually unassailable position is paralysed uncertainty, but that doesn’t work in real life, you have to make choices. The highest expected value is a bit of reading, a bit of thinking, then your best guess.

I’m also comfortable, if a little more nervous, about the possibility of harm. I do wonder if we’ll squeeze Oscar with unseen pressure, or sow strange seeds that grow into unforeseen consequences. But what is parenting but a lifetime of unforeseen consequences? All you can ever do is make that best guess I just mentioned, and I think that anything we do with Oscar is likely to be reasonable because we’re reasonable people. This is my restrained form of self-belief. At the moment I don’t think we’re making any meaningful tradeoffs on Oscar’s behalf. Everything is play, and if he doesn’t want to do something then it would be impossible for us to force it on him. I’m confident that he enjoys what we do together, at the moment, and I don’t think we compromise his freedom or spontaneity or anything else someone might mean when they say “childhood”. The cost is in our own time and energy, and we have enough of each to spare, for now.

Oscar loves imaginative play and won’t sit down, but we find this draining after the first hour if it doesn’t have any direction. We try to combine our agenda with his and teach through fantasy. We got Oscar a set of unifix counting cubes with faces on them, from the BBC TV show Numberblocks. The numbers play with Oscar like any other inanimate friend. They fall over and lose or gain blocks to illustrate addition and subtraction. They get jumbled up and need to be put back in order. They get on a train where they don’t really demonstrate anything.

When we play chess our pieces escape the board and ride the bus. The bishop zigzags; the king plods, but he’s very important so everyone is nice to him. The white pieces and black pieces don’t like each other and don’t go to each other’s birthday parties. The knight jumps over everyone, obviously. Given a cold, rational choice I’m not sure that chess is a good choice of hobby. It feels cerebral but it’s time-consuming and I doubt that the skills are very transferable. But I loved it and it’s what I know, so we’ll play it until one of us comes up with a better idea.

We try to splice learning into our day-to-day too. Oscar is interested in music again, and is back into the piano-teaching videos that he’d been watching a few months ago. I wanted to listen to the videos on-the-go, but the app doesn’t provide audio versions. I wrote a program to rip the videos from the app, extract the sound as an MP3, and slice out the preamble to isolate the music. I synced the files to “Local Files” on our Spotify account, and now we can play the songs on our phones and listen to them when we’re cycling to preschool. I turn them off before we get to the gate because they’re clearly ear training exercises, not nursery rhymes, and I don’t have the confidence to stand behind them yet.

We count to one hundred together while we walk to Baby Latte With Daddy. I try to count quietly so that Oscar can lead, although if I’m too quiet or stop altogether then he shouts at me to join in properly. A while ago I suggested that we take it in turns - he says 1, I say 2, he says 3, and so on. He agreed to try. We got to twenty, then he forgot what came next. I reminded him that it was twenty-one. He repeated “twenty-one” and had no problem continuing up to thirty, but then forgot what came after that. I reminded him that it was thirty-one. We had the same discussion after forty and fifty. I came up with variations on the game to help him practice transitioning between decades. He’s going to learn the numbers eventually whatever I do, but if we’re going to walk and count to a hundred anyway then there’s no harm doing it thoroughly.

We do have to be careful though! - he listens. When we got home I described the counting game to Gaby. I told her how I found it interesting that he kept forgetting twenty-one, especially since he had remembered it in the past. I wondered whether this demonstrated something about stages of development and pattern recognition. I obviously didn’t mean this as a criticism, just an observation. Next week Oscar and I played the game again and he said “I can’t say twenty-one because I keep forgetting it.” I’m going to stop commenting on him until he’s gone to bed. It’s hard for anyone to tell the difference between criticism and observation, let alone a toddler, which is why I’ve been to so many corporate seminars on giving effective, compassionate feedback but never do it unless formally required.

Oscar has always hated getting things wrong, ever since he was an infant, before he could have learned it from us. If he realises that he’s doing something hard that he might not succeed at then he stops immediately. So we’re thinking about how to cultivate his attitude too. We try to model practicing and screwing up cheerfully. We use positive-sounding, growth-mindsetty language, and Oscar copies a lot of it. I don’t know if he appreciates the significance of the tone or if he just sounds clunky for nothing. “That’s not what I wanted to happen, but that’s OK!” “Oops! No problem, I can try again!” These maxims come with unintended consequences. Oscar said to us “When Sophie comes to our house I’m going to tell her about everything she doesn’t know how to do.” We cringed and braced. But he continued: “She doesn’t know how to use the hot glue gun, or the laminator, or use her thumb on the piano, or play a C chord on the guitar like mummy. But I’m sure she can learn, maybe I can be the teacher and teach her and then we can do it together?” We decided that this was a positive sentiment, on balance, but that we need to teach him not to rub people’s faces in their capacity for excellence.

This mindset stuff feels quite hokey now that I try to explain it. Is there really any point trying to be nice with your words like this with a toddler? Perhaps - we seem to have much more influence over him than we’d like, and not necessarily in the ways that we’d prefer to have it. Maybe we’ve been approaching mindset too head-on though. Maybe all a child needs is love and security - priceless in themselves, but perhaps also fertiliser for a constructive outlook and love of details without any other interventions. I wonder if attitude is the only thing that matters for a long time, regardless of whether your purpose is skill or contentment. Self-belief compounded over years trumps addition any day. Perhaps we should just think of numeracy as a medium for Oscar to practise believing in himself. Whatever the reason, Oscar seems to have gotten a bit grittier and more robust. I think he’s doing well with his numbers too, but I’m not going to go into that, I’ve said too much already.

These are the things that we plan and think about, but most of our time with Oscar is still running and screaming and scribbling. He’s three years old. It’s still been refreshing thinking about the meaning of life on his behalf, since I have to be kinder to him than I do to myself.

Gaby, in another midnight email:

“When I started going to Juilliard I saw parents hanging around campus so that they could go to lessons with their pre-teens. I thought this was intrusive and weird. But they probably saw it differently. If their kid was into music and they had the time and energy, they might as well help them do it right. I’m sure there were a lot of unhinged parents in there too, but some were just trying to support their kids and help them navigate their interest. I’m not saying that we or anyone has to do this, but I think it’s a valid choice.”

Scroll down for more posts about parenthood. 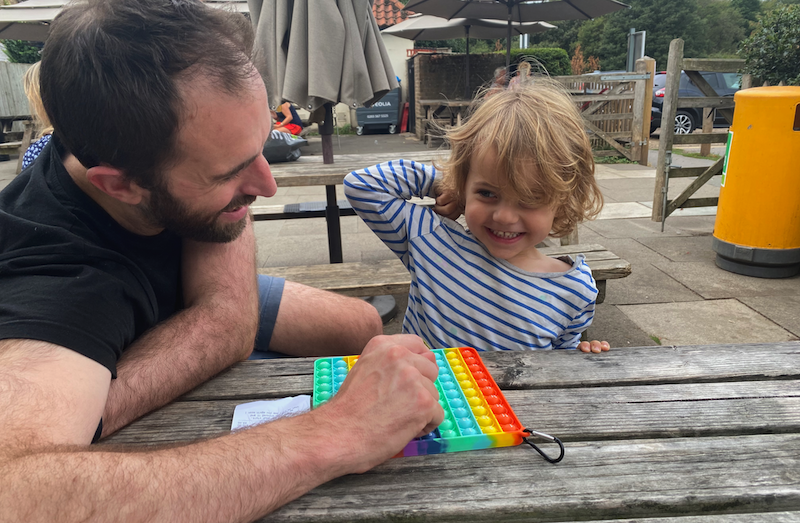